Of course it's always enjoyable to come back to my hometown, see all my old mates again and take the opportunity to make a few new ones. The physical look of the city has been changing over the past decades: a whole swathe of the inner city has been pedestrianised, cycle ways are everywhere and many areas and streets have been renovated. There are still large building and resurfacing projects underway and all that rebuilding gives me the impression the city's general colour scheme is now more light gray than its former darker hue. Trees are also noticeably fewer in number or still too young and recently planted to make an impact on the streetscape yet. A low-cost shared cycle scheme has made the city more bike-friendly but the trams look old and tired. The public transport system in in crisis due to lack of sufficient revenue to finance new rolling stock. Decades-long planned underground tracks have still not opened. Line and change information is insufficient, confusing or completely absent, especially in metro stations. 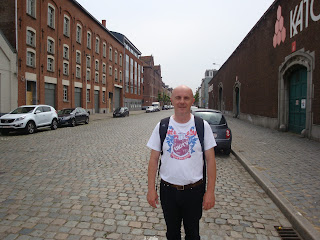 Park Spoor Noord: The north-eastern inner suburbs of Antwerpen has always been a poor and unhip part of town. Home for the working classes working in the international harbour and domestic shipping services there has always been little in the way of attractions, open spaces or leisure areas. Narrow streets, poor housing and a focus on industrial and transport actitivies (including a large railway yard) caused the area to be ignored by the City and most of its citizens. I lived in the southern leafy suburbs most of my life so I certainly had never been there before. 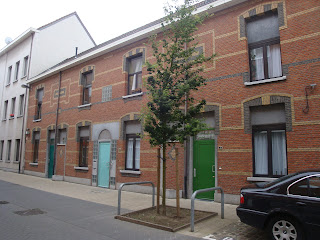 In a bid to attract a new wave of more affluent inhabitants who can't quite afford the southern area house prices, a large urban renewal programme was launched with Park Spoor Noord (a new park, sports fields and exhibition spaces in former railway sheds) very much the focal point for the local community. Many streets have had their workers' cottages renovated and sold. A new city library and city service centre were built in a troubled area formerly infamous for drugs dealing, illegal immigrants and, incidentally, one of Antwerpen's gay streets which had all but disappeared due to local criminality and lack of personal safety. 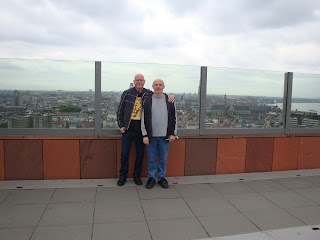 Further west a very hip part of town has been growing too: Het Eilandje (the Little Island, a former quayside area surrounded by Napoleonic docks) now has the new Museum aan de Stroom (Museum on the River), a multi-level purpose-built museum which now houses the collections of several smaller city museums. The top floor has a great city and river view and is such a tourist magnet that surrounding streets, formerly populated with Russian trading shops and prostitutes, now house new cafes and outdoor dining areas. 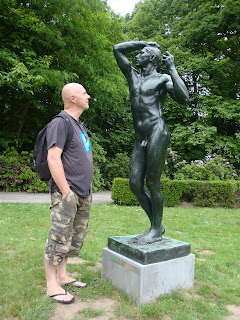 Other museums have been expanded and improved. The main open air sculpture park Middelheim is now three times the size and is still one of my favourites. I used to go cram for exams in Summer there inspired by classics from Henry Moore and Auguste Rodin. Now they have been joined by plenty of new work in a green setting. Other old favourites, such as the Plantin Moretus and Rockoxhuis Museums are still going strong. And Museum Mayer Vandenbergh was promoting itself with a splendid exhibition of its whole Pieter Bruegel print collection, including a newly discovered drawing. 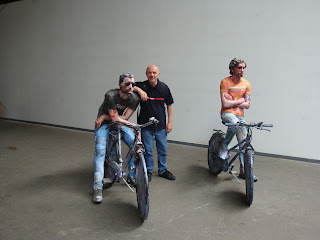 Out of town, the Verbeke Foundation is a fascinating collection of contemporary sculpture, artists-in-residence, nature interacting with art and visitors able to stay to spend the night with the art works. In the middle of a polder landscape near the Flanders-Zeeland border it is a private foundation set up on a farm which has renovated its sheds and adapted its glasshouses as artists' pads, exhibition spaces, plus a large cafe/entertainment area. The sculptures are integrated in the boggy landscape or are conceived to contrast with the natural world. Chickens and waterfowl abound everywhere and wandering around is like exploring an adventure trail. Highly recommended and very much worth the trip to Kemzeke.
Posted by Hans Versluys on Wednesday, June 27, 2012

Hello Hans,
I read your article with much interest, as Antwerp is my city of birth and I love it very much. I don't know all the places you mention, but between the lines I can read you enjoyed your stay there, and I can't but applaud this as the clarity you write with as well.
Much love,
Martine